The Query Optimizer (the optimizer) The information needed by the optimizer includes-:

A SQL statement can be executed in many different ways-: 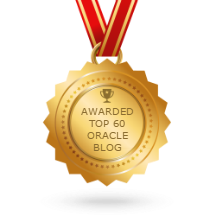 ORA-12520: TNS listener could not find available handler for requested type of server

Cause: None of the known and available service handlers for requested type of server (dedicated or shared) are appropriate for the client connection. Action: Run "lsnrctl services" to ensure that the instance(s) have registered with the listener Read more…

Oracle 21c has only CDB-PDB Architecture